What to call senior citizens 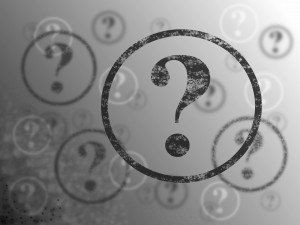 Call them Boomers. That is their name, and they like it. This is a common question from LERN members whose programs serve older adults. A better question would be “What should we call the population cohort traditionally referred to as senior citizens?” The appellation of “senior citizen” is a term that is almost 40 years old and it came into vogue during the period when young Baby Boomers were seeking ways to delineate an older population segment using terminology that was both definitive and respectful.

That was fine for the time. Older adults identified with the term “senior citizen” and embraced it. For the GI generation and the oldest segments of the Silent Generation, the term was positive. These population segments identified the term “senior” with accomplishment, respect, and status. To be called a senior citizen was a good thing. It certainly beat being called “old” or “elderly” or even “codgers and codgerettes;” a name suggested by one of LERN’s former consultants, Sam Brightman, who was in his 80’s. Indeed, Mr. Brightman’s suggestion incited politically correct Boomers to riotous objection.

We are defined by our name

There is wisdom; however, in Mr. Brightman’s satiric suggestion. We care about names, and we are defined by our name. The Romans had an expression, “nomen est omen,” meaning, “name is destiny,” and today, a great deal has been written, blogged, and floated about online regarding how individuals respond to their names and how others classify us based on our name. We have all been taught that by using a person’s name in conversation, we can create and solidify a positive relationship.

Research indicates that people are unconsciously drawn to things, people, and places that sound like their own names. Psychologists call this phenomenon “implicit egotism.” Further, research has determined that people have a unique brain response when they hear their own name and are more likely to have a heightened response when hearing their own first name (http://www.ncbi.nlm.nih.gov/pubmed/22361115).

The Coca Cola Company’s recent campaign to increase sales by printing popular names on Coke bottles is one example of implicit egotism in action. Termed “wildly successful” by USA Today, this campaign reversed a steadily declining sales trend and resulted in the largest ever year-over-year growth trend. The success of the campaign in achieving the dual goal of increasing sales and having young consumers take the product viral by posting selfies with their personalized bottles has been so substantial that the company is increasing the number of names printed on the bottles from 250 to 1000.

Pop psychology and some controversial research have even suggested that our name plays a big role in our academic and career success. Students with names beginning with “C” or “D” have lower GPA’s than those whose names begin with “A” or “B” and attend less prestigious schools. (http://www.bbc.com/news/magazine-26634477). One hypothesis is that the letters “C” and “D” are less aversive to those who have them as the first letter in their name.

While this may be a little over the top, it is true that parents are suffering “unprecedented angst” over choosing a name for their baby, according to a report in the Wall Street Journal on July 22, 2007. From checking social security registers to determining whether a name is “too trendy” or hiring “naming consultants who use complex mathematical formulas,” naming has become a big business. Dozens of baby naming books have been published in recent years, along with books on naming everything from your dog to your pet chicken (http://www.amazon.com/The-Quickie-Book-Chicken-Names/dp/1494746530).

It is about the individual, not the name

Marketing, like everything else, has cycles. One of LERN’s mantras is, and has been, “know your customer. It’s not about your product, it’s about what your customer wants.” This concept is alive and well in the marketing world today and in an environment supported by technology and the ability to gather more intelligence than ever before about whom our customers are and what they want, the “new” marketing approach is to use “personas.” We will talk more about personas in future articles, but in a nutshell, it is an approach to help you know who your customer is and what that customer wants.

Basically, personas are about reaching customers based on directing the right message to the right customer at the right time. Thus, as consumers redefine themselves in terms of who they are, it becomes more important than ever to communicate to an individual’s expressed values, self-perception, needs, and interests.

As society changes, the ways we define our segments may change as well, along with how we name them. Segments will increasingly be defined by the customers’ journeys, goals, and interests, rather than physical or qualitative characteristics.

So, what should we call “senior citizens?”

If you must call them something, call them Boomers. That is their name, and they like it. There is no requirement that adults who meet certain criteria, primarily age-based, need to be called senior citizens. Only Gen Y and the GI generation use that term. The cohort of Boomers; today’s “seniors,” don’t use it, don’t like it, and won’t resonate with it. Interestingly, in a recent Google search on “eLearning for senior citizens,” there is almost nothing after 2007, the year Boomers began turning 60. Research after 2007 is far more likely to use terminology such as “older learners” or “Baby Boomers” rather than “senior citizens.”

Like many terms in the marketing world, the term “senior citizen” is a result of efforts to define a market segment. Just as the names of individuals change, the names by which we identify our market segments will change as well.

Definitions and perceptions of age vary. According to a study by the Pew Research Center in the United States, respondents up to their early 30’s say that old age begins at 60. Those who are older than 65 believe old age begins at 74. Thus, with the oldest Boomers just starting to turn 70 in just 4 months, it is clear that members of this cohort do not yet believe they fall into the category of senior citizens.

Today’s adults over 60, however, already have a name. That name is Boomer. Adults in the generation born between 1946 and 1964 — and even those born a few years earlier, identify positively with that name. To those in that generation, the name denotes power, influence, individualism, idealism, success, resilience, and yes — forever vital (if not truly youthful). This is a generation not concerned with growing old gracefully — but rather with not growing old at all.

Jenny Joseph, in her poem, “Warning,” may have captured it best:

“When I am an old woman, I shall wear purple with a red hat, which doesn’t go and doesn’t suit me. And, I shall spend my pension on brandy and summer gloves and satin sandals and say we’ve no money for butter. I shall sit down on the pavement when I’m tired and gobble up samples in shops and press alarm bells and run my stick along the public railings and make up for the sobriety of my youth. I shall go out in my slippers in the rain and pick flowers in other peoples’ gardens and learn to spit.”