Why You Should Retain Boomers in Your Workplace 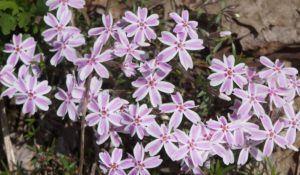 Contrary to the notion that the baby boom generation consists entirely of elderly adults, the reality is quite different. This huge generation’s youngest members are just now in their mid-fifties, still more than ten years from retirement age. While it’s true that the pandemic drove many older workers to choose retirement when they might otherwise have continued working, the boomer generation still makes up 25 to 30 percent of the workforce.

But it’s not just about numbers. The boomers in the workplace bring a lot of value that just does not (yet) exist within younger age groups. While it’s true that younger workers bring new perspectives and technology skills that are superior to those of most boomers, it takes more than that to run a successful business. The real challenge of the workplace now is to understand and embrace the idea that a diverse workforce must include not only gender and ethnic diversity, but also age diversity. Here are a few things your baby boomer workers bring to the table that you just can’t get anywhere else.

1. Experience. There is no substitute for experience, and boomers have a lot of it. They have been in the workplace for decades, and while some younger workers chafe at the notion that their more youthful perspective is not wholeheartedly endorsed by those who have been around the copy machine a time or two, having the benefit of seasoned workers can help businesses avoid making costly mistakes that younger workers may not be able to foresee. These older workers have already made a lot of mistakes, and they can help younger workers avoid making the same ones.

2. Leadership. The experience that boomers bring is often translated into leadership. Both Millennials and Gen Z have lamented that they do not feel they are prepared for the workplace when they enter it. The schooling and training they have received has not, by their own admission, given them the tools they need to succeed, at least without making a lot of mistakes. The problem-solving experience of older workers can be very valuable to younger workers. Having lived more years, older works have seen more change, and they have learned a lot about how to not only survive it, but to thrive in it. By having the advantage of leadership from more seasoned workers, young workers may find that their perspectives and ideas can be more successfully implemented.

3. Diverse Perspectives. It is human nature to find ourselves in agreement with “people like us,” those who are similar in age, education, interests, etc. However, the world we live in is very diverse. The percentages of baby boomers, millennials, and Gen Z are roughly equal in today’s population, and Gen X lags by just a few percentage points. When that is considered, it is clear that there are many, many generational perspectives to be taken into account, and having an age diverse team that can find provide more wholistic ways of looking at issues that impact your business is a valuable asset.

4. Adaptability. Boomers are adaptable. They have had to be. Never in history has so much change happened in the scope of one generation than with baby boomers. Many boomers grew up at the tail end of the agrarian age and now find themselves firmly entrenched in a world dominated by technology. From manual typewriters to voice recognition software, these workers have had to be adaptable, and that has prepared them to meet new challenges as they arise. They have been through recessions, cutbacks, downsizing and more, and they have adapted and survived. This resilience puts them front and center when businesses have to deal with challenges such as the pandemic. Many have had to reinvent themselves in mid-career as changes in the nature of work forced them into new areas. Younger workers have not had the need or opportunity to handle those challenges, and there is much that boomers can do to give them the benefit of their experiences.

It is the case that younger workers are often impatient with their boomer co-workers. Younger workers are eager to take the reins, but those who will be most successful are those who will engage in the apprenticeship and mentoring efforts of older workers, that the best of what is there for them, learn the skills they need to be in charge when the time comes—and it will come.

Julie Coates is Senior Vice President for LERN and the leading authority on learning styles. She is author of the classic book, Generational Learning Styles. As the world’s oldest baby boomer, she reports on generational changes and has been interviewed for Psychology Today, The New York Times, and many other national media.